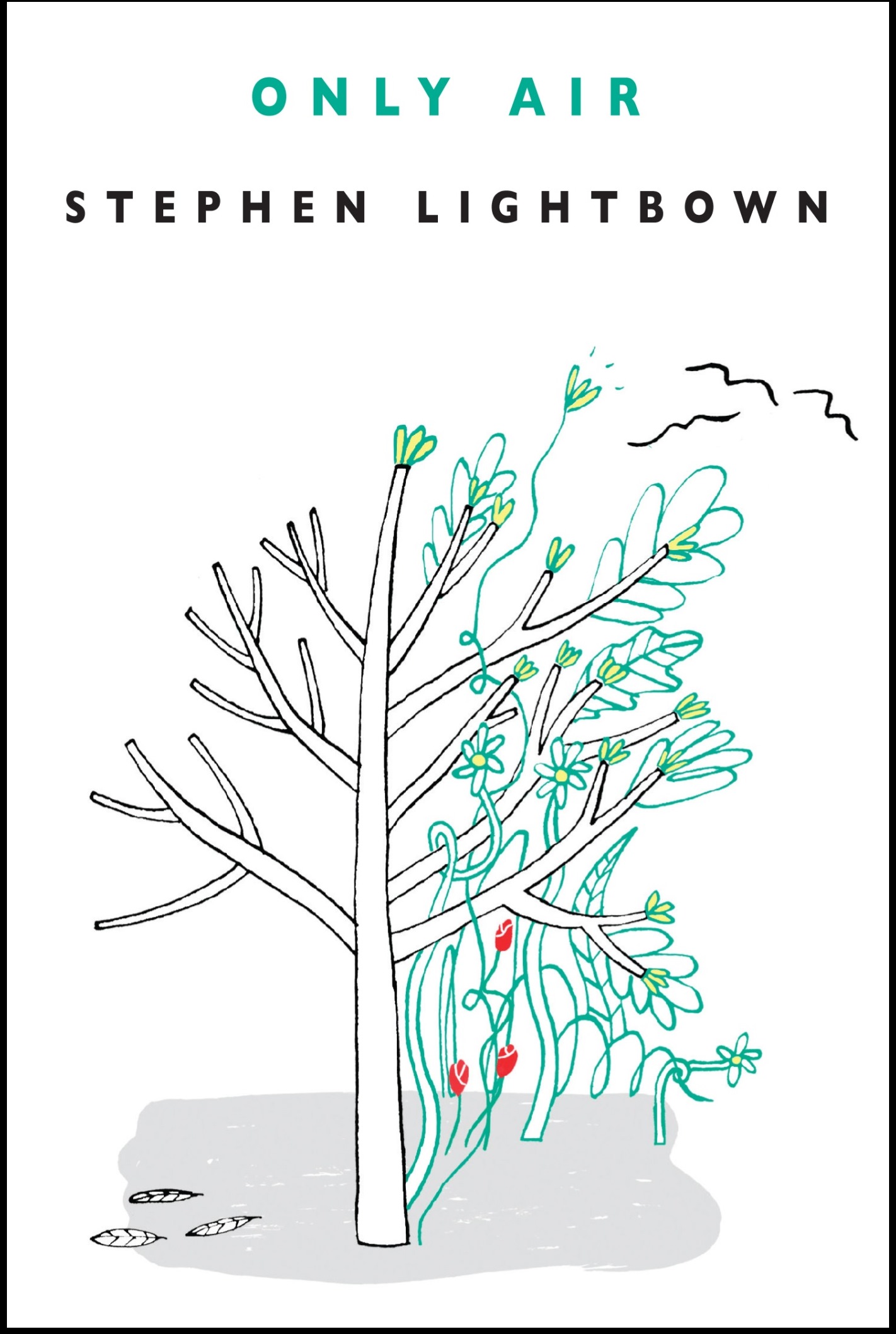 Mirrors generally assume a standing observer – a situation that, if you’re not a wheelchair-user, is unlikely to have caused you serious grief. But returning home from hospital after a sledging accident that left him paraplegic at age sixteen, Stephen Lightbrown is confronted with a new reality: the square that framed a self he used to take for granted now holds “only air where once were my eyes”. His début collection is the story of how he filled that void with a new identity: slowly, haltingly, beset by prejudice – and finally affirmed by love.

Able-bodied guilt warns against reducing Only Air to patronising clichés such as ‘life-affirming’ or ‘triumph of human spirit’; but at their heart, these honest, direct poems document an evolution from post-accident emotional desert (“I lose myself in the ceiling/the only way to get through the day”) to pride and self-acceptance (“I don’t want a race/because I’ve already won”). Journey and vehicle combined, one catalyst for change is the wheelchair. Characterising their relationship as an arranged marriage which began with his inability to acknowledge his new partner’s existence, Stephen charts how they nonetheless grew together over twenty years to finally become “man and chair”.

There is plenty of anger here at society’s attitudes to disability. It pulses from the searing acrostic ‘This is how it feels to be…’; is contained almost menacingly beneath the random clutter of other people’s luggage in ‘Independent Train Travel’; and is lobbed about in big stinking handfuls in ‘The Race’ (“What is it he actually wants to say?…Kudos for…not booking a one-way ticket to Dignitas?”). But although it interprets the world through the lens of a particular set of experiences, Only Air explores many more themes than disability alone.

For one thing, it retains a culturally masculine standpoint. Along with most of his characters, Stephen is unmistakably male. He defines himself through football, is the victor of the battlefield – but eye-rollingly overestimates his ability to impress women, and asked how he is by a fellow-sportsman, puts up a front and can’t tell the truth. Important secondary strands are his awkward relationship with his father, and his grief at the latter’s untimely death.

Most hauntingly, perhaps, it is also a book whose pages are stalked by ghosts. Some are alter egos:  in ‘Bear Off a Leash’, a wild animal prowls the streets at Stephen’s side and “claw[ing] at a man on a Boris bike” acts out the boiling rage hidden under “silence and shame”. Others are tantalising might-have-beens: a Stephen who never had the accident “strid[ing]/down/Belgrave Road. Children in tow. The same table tennis bats for hands”; his father, orphaned at age sixteen, “had he not become an adult/while still a child”. Hovering over everything is the inevitable question of whether the accident made Stephen a ‘better person’. He considers it himself in ‘Seeing Me Again’: “I hope the other me would acknowledge/rather than ignore”.

‘White’, the final poem of the collection, answers this question by making it irrelevant. Cinematically panning upwards from teenage Stephen bleeding in the snow, it re-awakens him twenty years later, his joyful new wife wrapped in snowy bed sheets on their honeymoon. Unifying the different strands and bringing his life full circle, love has laid the ghosts to rest, and given the man permission to simply be himself.

Only Air is available for purchase from Burning Eye Books.